“I know a lot of people make fun of tumblr for supposedly being badly coded ”
Tuesday September 21st, 2021 at 8:28 PM

DMack
reply
in Firefox, pressing backspace used to delete your entire message and this happened for at least 6 years, I would say, before they shipped their new editor mentioned in that tweet. I took it as a challenge and an endorsement of shitposting. It made me who I am today. ????
Victoria, BC

Ignorant 6-Year-Old Rambling on About Future Dreams as if Planet Is Still Going To Exist by Then by Nadia Sadri
Friday September 17th, 2021 at 4:11 PM 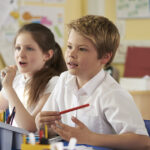 BROWNSVILLE, Texas — Six-year-old Danny Crothers is reportedly continuing to discuss his future dreams with no regard to the fact that the planet won’t even exist by then, annoyed sources confirmed.

“When I grow up I want to be a marine biologist, and also a doctor, and maybe an actor, too,” explained the blissfully ignorant child, unprompted. “Last year I got to swim with some dolphins for my birthday, and they were so cool! I want to be like one of those scientists who makes documentaries about the ocean and then shows everybody how we can help all the animals.”

Crother’s parents admitted that they work hard to be good influences on their kids, but their child’s constant hoping and dreaming makes it feel like they are failing as parents.

“It’s embarrassing when he starts talking to our friends about all of these big plans he has. We keep telling him that all those ‘cool’ animals in the ocean are going to be dead before he even gets to college, so maybe he should try finding some other interests,” said Danny’s father, William Crothers. “It was sort of charming at first, but now it just makes me angry. Like how ignorant can you be? At some point you have to educate yourself.”

Danny’s nine-year-old sister, Sarah, said she believes she’ll soon be able to convince him to give up on life.

“Danny looks up to me a lot, which is why I explain to him that he’s going into a dying field and should just give up already,” she said. “I learned to give up on my dreams when I was three. I may be an early bloomer, but I think Danny will get there soon. We’re already seeing the beginning of the end, so it’s time to take the last few years of our lives seriously. That’s why I’m going to follow in Aunt Andreia’s footsteps, and become a cop.”

At press time, the Crothers family was feeling more hopeful when Danny started crying about how much the world sucks and said it feels like he “can’t make a difference.”

The post Ignorant 6-Year-Old Rambling on About Future Dreams as if Planet Is Still Going To Exist by Then appeared first on The Hard Times.

Fire ban across Vancouver Island will be lifted this Thursday by Ryan Hook
Wednesday September 15th, 2021 at 8:41 PM

There were two out-of-control fires on Vancouver Island this summer.

The post Fire ban across Vancouver Island will be lifted this Thursday appeared first on Victoria Buzz.

DMack
reply
if we've learned anything this year, it's that people will instantly set themselves on fire as soon as the fire ban is lifted
Victoria, BC

fxer
Immediately reminds me of a vid you posted years back “of course I’m on fire baby, that’s how you do it” https://m.facebook.com/ThisIsHappeningOfficial/videos/man-tries-to-put-out-fire-with-a-motorcycle/935635889858015/

‘Welcome to Cleveland’ Sign in Milwaukee, Wisconsin
Tuesday September 14th, 2021 at 2:40 AM On an otherwise unremarkable Wednesday in 1978, photographer Mark Gubin was a bit bored at his studio. He decided to take a tub of white paint and write out “Welcome to Cleveland” in big block letters on his rooftop—nevermind that Gubin and his studio both reside in Milwaukee, Wisconsin. The rooftop, and the “Welcome to Cleveland” sign that adorns it, line right up with the flight path to runway 19 at the Milwaukee Mitchell International Airport. Decades of perplexed passengers have spotted the sign and rung their attendant call buttons just to double-check that they’re heading to the right city.

The sign sits atop Gubin’s studio and home, a defunct single-screen theatre off of Delaware Avenue in Milwaukee. The studio sprawls across several enormous rooms packed with countless collectibles, like a Civil War-era cannon or millennia-old Roman artifacts. By way of explanation, Gubin once off-handedly mentioned to a reporter that he “worked for Smithsonian for a while.”

The “Welcome to Cleveland” sign has garnered years of notoriety for Gubin, who has been interviewed about it on the Today show and by publications like the Huffington Post, GQ, Slate, Daily Mail, Yahoo, among others. “It just keeps coming around,” explains Gubin. “It will not go away. Every now and then I'll go online and look up my name and I get an incredible number of hits.”

Gubin’s sign even inspired imitation—in 2021, a man in Sydney, Australia painted a “Welcome to Perth” sign on the roof of his own business.

Next time you’re flying into Milwaukee Airport, remember to take a look out the window to spy Gubin’s sign. And, remember not to worry, you are indeed in Milwaukee.

fxer
reply
> The studio sprawls across several enormous rooms packed with countless collectibles…By way of explanation, Gubin once off-handedly mentioned to a reporter that he “worked for Smithsonian for a while.”

Every other museum is filled with stolen shit why not his
Bend, Oregon

DMack
reply
fixed my twitter integration after 3 months!
Victoria, BC